Can Dog Aggression Be Fixed 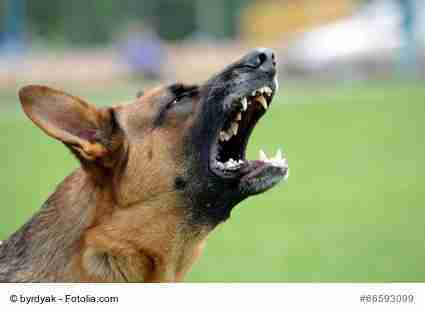 The question that everyone wants the ANSWER to!  Can dog aggression be fixed is probably one of the MOST difficult to answer for many dog trainers, even the the best dog trainers. Without trying to sound ambiguous, we’re going to give you the honest answer which is YES & NO! We know many of you are thinking….What! The truth is in how you define dog aggression, but more so, how you define “FIXED.”

Based on our experience, and this answer is going to differ from many of our Long Island & Queens dog trainer competitors. but we NEVER allow money to get in the way of integrity (and safety too!)!

TRUE aggression cannot be FIXED, it can be CONTROLLED.

Can dog aggression be fixed? This question often leads to a bad experience for the owner of an aggressive dog and a dog trainer. The dog trainer in our opinion MUST take the time to make sure the owner knows exactly what they are getting at the end of a training program for an aggressive dog.

This means if your primary goal is to make your dog like other dogs or people you should know this may be a by-product of controlling your dog’s aggression, but is HIGHLY unlikely.

True Aggression May Not Be Fix, But the Scenario May Be

EXAMPLE #1 (the realistic goal with aggression)

If your dog displays aggression towards people while walking by them, we can make it better by training your dog to be obedient to you.  The goal is to be able to walk past another person with minimum to NO incident.

This is achieved through obedience commands.  The above scenario would have you activating the “heel” command (walk by my side).

If you want your people aggressive dog to naturally like other people that they are not familiar with it is probably not going to happen with a TRULY aggressive dog.

When it comes to dog aggression, your main goal is to have your dog be to you obedient to you which requires your presence.

Absent your supervision, your dog will MOST likely be guided by their take on the current environment as well as instinct and genetics.

What About Dog Trainers Who Say They Can Fix Dog Aggression

Most of the time this response is due to two separate definitions of what “FIXED” means.  The trainer or dog behaviorist defines fixed one way & the dog owner the other.

Many dog trainers believe they have achieved their goal if they’re able to have their client to control their dog’s aggression.

I can tell you first hand that when a dog trainer talks about “fixing aggression” we are usually referring to management and control.

In contrast, many owners of aggressive canines would consider their objective met if their canine was no longer aggressive after a training or behavior modification program.

They enter into an agreement and begin training.  If it’s private dog training lessons the owner usually realizes after a few lessons that it is more about controlling their dog’s aggression.

If it’s a board and train venue this often can become a HUGE disappointment to the owner that has spent a great amount of time away from their dog and eagerly awaits the return of their new, non-aggressive dog.

When a dog owners speaks about having their dog’s aggression fixed they are usually referring to changing their dog’s natural response to situations that makes them react aggressively.

There’s another reason that pet owners of aggressive dogs will often skip over the honest dog trainer that tells them that a truly aggressive dog cannot be fixed, but controlled is their friends. Yes, many times pet owners incorrectly define what dog aggression is. Often mistaken a dog that is testing his or limits with a new dog owner or someone that has never had this type of dog. The truth is, the dog is not dog aggressive, more like a spoiled kid or bully pushing the envelope. Dog trainers know this. As a matter of fact, many dog trainers, who don’t handle aggressive dogs, will advertise dog behavior modification programs or aggressive dog training. They do this simply because they know that there are a lot of pet dog owners that mislabel their dogs & they can capitalize on this.

Can Dog Aggression Be Fixed If Towards the Owner?

Dog aggression towards a dog’s owner is usually a result in how we reside or have resided with the dog. The severity of the aggression usually sneaks then peaks. If the owner is willing to be engaged with an obedience training program where he of she can be consistent on a consistently basis things may improve. This program will call for a behavior modification not only with regard to the dog, but one on the owner part as well.